Book 3 of 3 in The Earthrin Stones Series 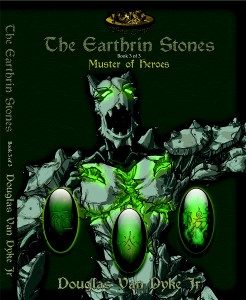 Savannah had nothing but malice in her expression as she hovered above Petrow. “The Covenant didn’t stop the Godswars; it just changed the rules.”

Now Revwar and Savannah have the relics in their possession, and a secret army assembled from a multitude of misled believers. Together, it seems unlikely that they will be stopped. Trestan and Cat have discovered the nature of these terrible weapons, but they have to find their way out of the endless forests of Eyldiian.

Rallying against the impossible numbers and the weapons from the old war, the original Companions of the Relics reunite to defend their realm. All will suffer and some will die as they race to defend a fortress on the frontiers of civilization. Unbeknownst to its defenders, an army larger than anything that has been gathered in over a millennium marches toward it with fanatic zeal.

Failure could have higher stakes than the razing of that portion of Dhea Loral. The gods may elect to discard the peace-binding Covenant…forcing the realm into a second catastrophic Godswars.

Note that new, printed purchases through Amazon’s site entitle you to a free Kindle copy as well. Read this book free through Kindle Unlimited! Details on their site.

This was a great conclusion to the trilogy. This author has a way of writing combat sequences that are riveting. There are parts of this book where he displays the human nature of his characters in a way that we can all relate to at least one character in the book. — Josh