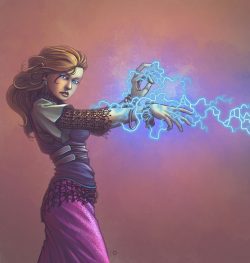 Sometimes, a big scene can stick for years in the head of an author. You plan out a series, you know some key events that will happen, but you just can’t write as fast as you can think up scenes. This causes some big scenes to replay in your head for a couple years, before you get to the point you are writing that section of the book.

I hope all my fans fare well during this time of hardship. The pandemic has forced most of us to become recluses in our homes…a situation that is actually beneficial for authors. It has given me the time to drive through several chapters of the 2nd book in the Pilgrims with Blades series: Grandfather’s Castle.

Last night, I had a ton of time set aside to dive into one of those scenes that has been replaying in my mind for years. My creativity tends to stall at that point. After all, I know the scene is big, it’s important, and I hesitate to dive in. But I did. Images which once beat against my brain for release became unleashed through the keyboard. The scene materialized into a raw, structured form. Although I did get interrupted at the very end, it won’t take much to bring it to a conclusion. I retired my laptop for the day feeling like I’d gotten a weight off my chest.

Part of the relief is that I had to write a scene in which they lose. Yes, heroes lose. As dysfunctional as this group can be, they did very well facing the threats of the first book. In this sequel, it’s time to put some to the test. They lose, more than once. Fear and panic set in. The individual strength of a few of them are tested. Some painful self-reflection lies ahead.

Heroes can’t shine until after they’ve been drowned in the dark. I’ve told my boys similar comments when reading stories to them, and things are looking bad. In the best stories, you need to get through the bad to truly enjoy the good at the end.

I know I will revisit this scene several times in editing, but the action has been laid out. The groundwork is complete. Tonight I will carry on to the next scene, and the next. And I’ll hope there isn’t an author hell in the next world, in which your characters confront you over what you put them through.

In hoping to share this series with new readers, the original ebook of Pilgrims with Blades: Pressed into Service will go on sale in Kindle. From 6AM PST, March 28th-April 3rd, the Kindle version will be on sale for $0.99

Find it here , or please support locally, because they could sure use the help right now.